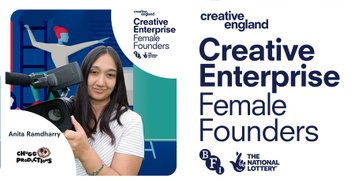 Chugg Productions very own producer Anita Ramdharry has been anounced as one of this years Creative England Female Founders. THere are 14 entrepreneurs in total, working across film, TV and video production. They will embark on a six-month programme to equip them with the skills and confidence needed to grown and future-proof their businesses. 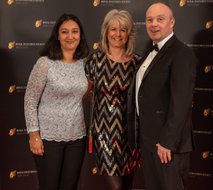 The event was hosted by television presenter Trish Adudu and featured an array of stars and personalities from the industry. 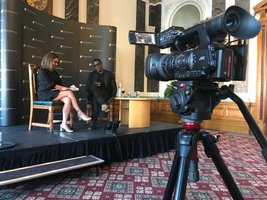 David talked about growing up in Birmingham, his illustrious career on stage, TV and in film over the last 30 years and his new BBC documentary David Harewood: My Psychosis and Me.

Chugg Prductions was proud to film this very special event.

Robert and the Ghost Army

An original British screenplay about an 11-year-old boy with autism who fights alongside an army of ghosts to save the park he loves.

2021 is set to be a very special year as Coventry has been chosen as the UK City of Culture.

2021 is also the 100th anniversary of Coventry’s War Memorial Park. We aim to make this film with as much Coventry talent as possible, both on screen and off, and hold the premiere in the park on July 9th 2021, exactly 100 years after the opening of the park.

We are raising money for the devlopment and production of the film. 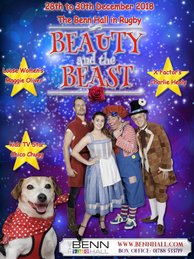 Chico Chugg is in Panto at the Benn Hall in Rugby.

The little dog who lives on a narrowboat will be magically transpoted to the story of Beauty and the Beast. The show runs from 28th to 30th December 2018. 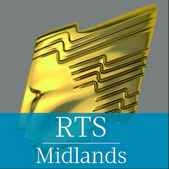 Chugg Productions is proud to announce we have been nominated for a Royal Television Society 2018 award.

Thecategory is for best  "Children's" TV programme.  The 2018 awards will be held at The Town Hall in Birmingham on 20th November. 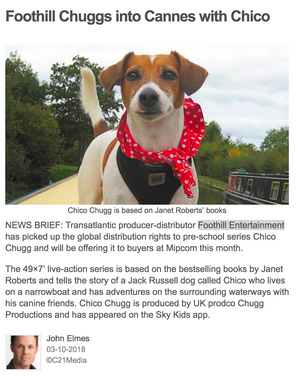 Chugg Productions attended the CMC and international exchange. We were pleased to meet dozens of deligates from across the world. The industry's future in the UK is looking bright.

Chugg Productions is nominated for a Royal Television Society 2017.

Chico Chugg / Nico Nog series 2 has been nominated for a RTS Midland Award 2017 in the category of Fictional Programme of the Year. Both series are currently on Sky Kids and Now TV in the UK. The series is also on S4C broadcast across the UK in Welsh as Nico Nog. 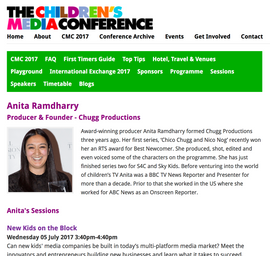 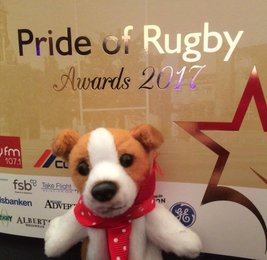 Chugg Productions were presented with the award at glittering awards ceremony, hosted by Rugby FM, at Coombe Abbey Hotel on Friday, May 12. 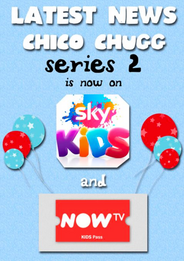 Check it out there are some great new stories and of course lots of catchy new songs. Sky customers can can watch on Sky Kids. Coming soon to S4C as Nico Nog. 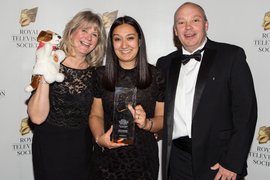 After our Producer/Director Anita Ramdharry won Best Talent from the Royal Television Society in the Midlands - Anita was interviewed about ‘Chico Chugg’ and the success of Chugg Productions. Listen to the live interview on the BBC Northampton Breakfast Show. 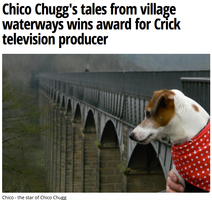 The Royal Television Society Midlands judges chose Anita as Best New Talent 2016 for her work as producer/director and the programme itself was nominated for best fictional programme. 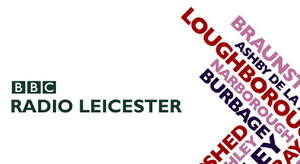 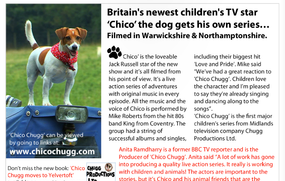